The bacon compiler project, or Toicinho Compiler. Above, myself and Christian, adapted over a very big bacon. Our goal was to have a profissional web site intended to get better grades for our compiler project. No pigs were harmed during this process, the bacon piece was purchased. 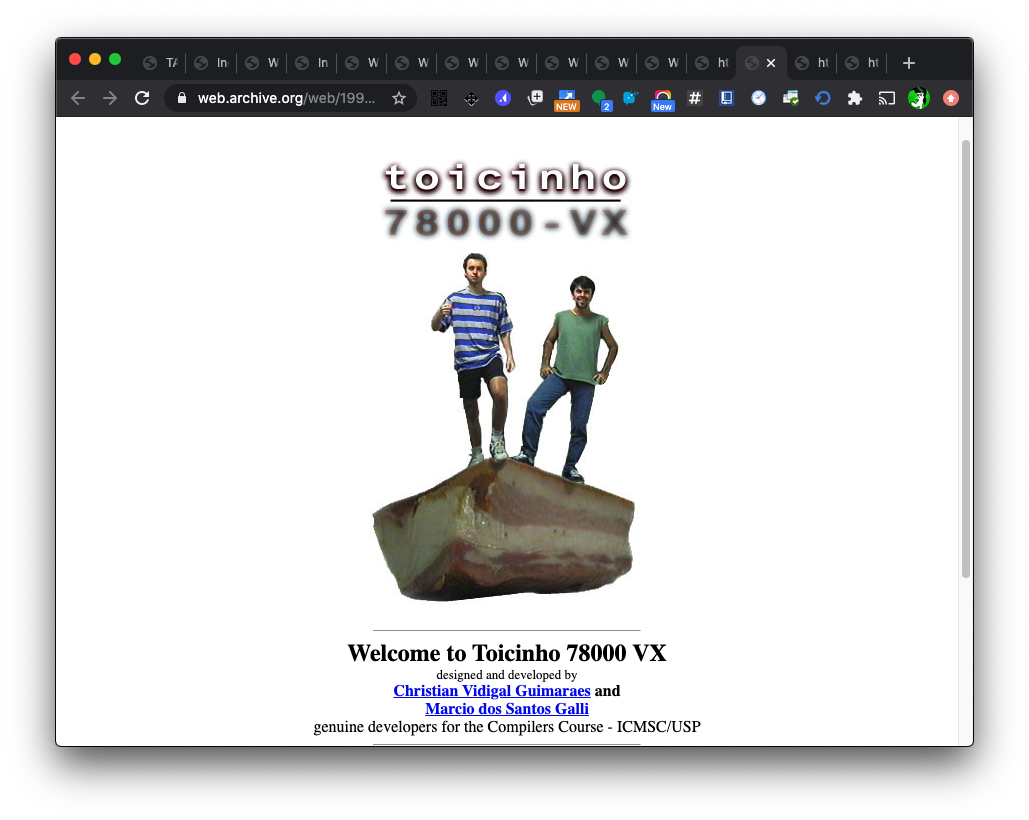 Life repeats itself, the web page - check real HTML at A vida se repete. A theme, an idea, a reflection. We were claming that every day looked the same, the same latte, the same joke, the same friend laughing. 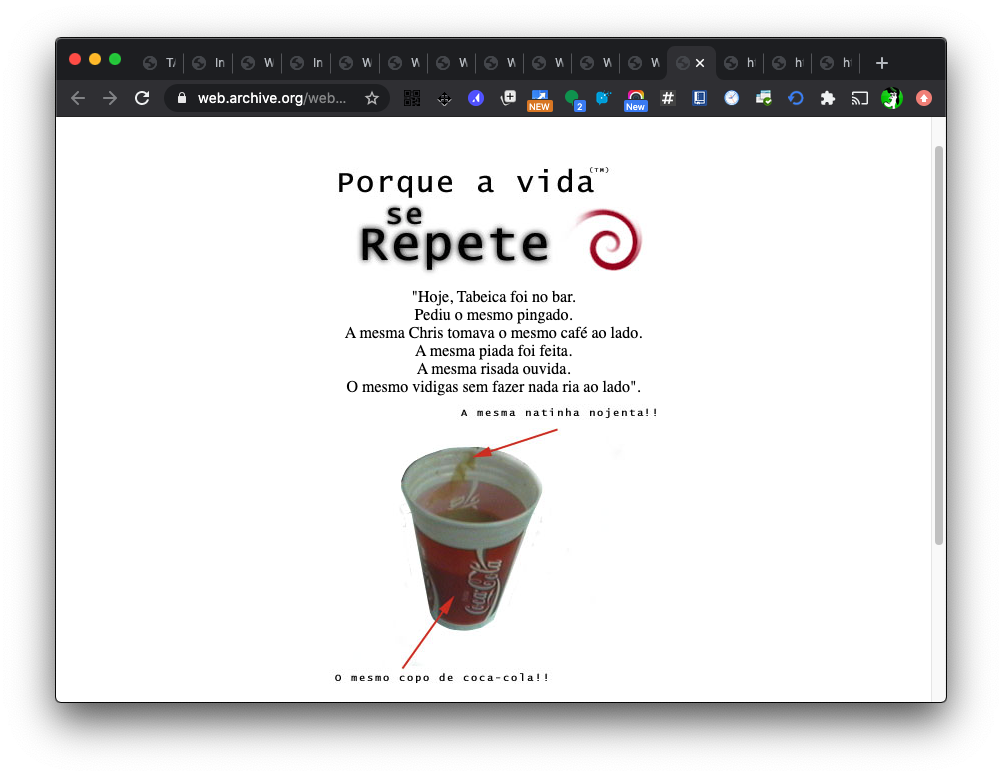 Slow and always, underconstruction. In portuguese, Devagar e Sempre— a web site made to celebrate the iterative new nature of web pages, the under construction phenomenon. 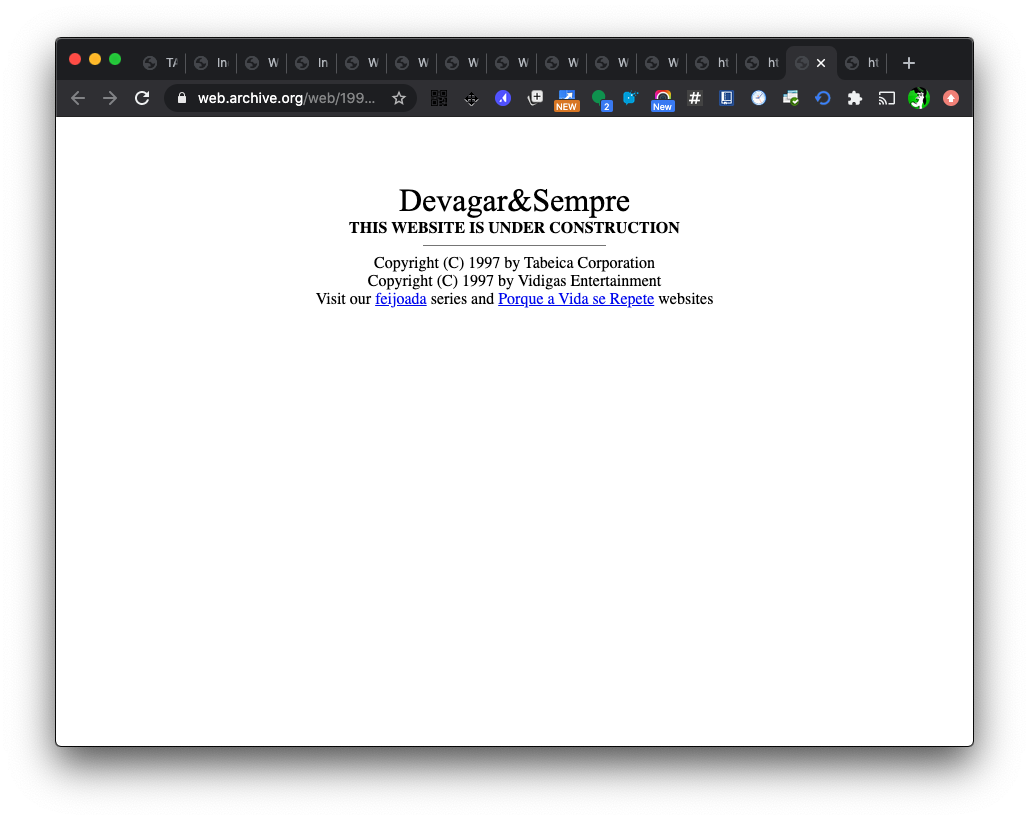 This was one of my personal web sites. Mainly a simple list of sections, at each section an icon and some graphic effects applied to it, resonating with the the subject of each section.

Made with ❤ by Marcio and MePlex